My blog has been around for some years now. I’m thankful for those who read and comment on my posts. I’ve never been a consistent poster because, well… I lack discipline. I’m a writer who goes for extended periods of time without writing. During these times, my mind is overflowing with inspirations and recriminations for not sitting myself down at my laptop and committing to bringing these ideas into reality. I excuse myself with not having energy, or time. BS! How much energy does it take to sit at my desk and create? As for time, I waste lots of it.

I follow some blogs and I don’t consistently read their posts. However, when I do, I comment (not just “like”), and will sometimes re-post them to my blog, my Facebook, my twitter. I do what I can to encourage and support my peers. That’s why I join writer’s groups and try to keep this blog somewhat active. I’m not some great social media influencer, but I always want to help build up our craft. Good writing is a dying art. I want it to not only survive but to thrive.

So I write for basically two reasons:

One of the issues I have with my blog is that I created it with different categories. Those who read it seem to only visit the main folder. If you want to know more about me as a writer and a person, please check out some of my other category folders.

My category “What A World!” is my observations about life, people, behavior, and stuff like that.

The category “My Work” is not about my job. It contains some of my ancient writing. Hopefully, readers will check it out, and comment on if I’ve improved or not and such.

The category “For Authors” is my writing about writing. It’s here that I share what I have learned about our craft, and would love to build a community of writers to encourage, critique, share, and inspire one another.

In conclusion, (I know, THANK GOD1) please read some of my other categories please.

Your friend and Struggling Writer,

The day before a terrible man with hatred and murder in his heart,who happened to be a police officer, killed George Floyd, our country celebrated police as heroes as first responders. They took food and supplies to shut-ins. They were there to help save lives.

But the next day they were branded enemies of human rights.

Since then our nation has faced daily protests and violent rioting. The problem of systemic racism is and has always been a reality in not just America and not just imposed by the white race. It has existed in the hearts of everyone,regardless of race, since the beginning of civilization.

Within each race there has always been a segregation on some basis. In Africa it is based on skin color. In India it’s class, and in many countries it’s based on religion. These are just some examples.

Is racism wrong? ABSOLUTELY! Can it be eliminated by laws and education and destroying history? NOT LIKELY.

I want to close this rant with this thought: Wouldn’t the elimination of racism be reaching a place where race is irrelevant? But how are the actions and agenda of the protests and BLM erasing the differences? Aren’t they instead emphasizing racial differences?

Please watch this video and if it doesn’t apply to you directly it applies to someone you know and care about, doesn’t it?

As a writer, my goal is honest and clear communication. There has to be transparency. The cost is vulnerability. This can be scary. It’s so much easier to just write fiction.  But, sometimes I need to bear my soul; I need to open up and commit my most-guarded truth to print. I can write it just for myself, but what if someone can be moved or helped in some way by what I have written? Isn’t that the hope of every honest writer?

I like to think of myself as an honest man. But, is complete honesty always the right thing to do? The truth can be brutal. It can escalate a bad situation, and do more damage than good. So, if I’m going to be completely honest, I would say I’m not really honest. I have lied many times. I wish I could truthfully say I’ve left that behind, but that would be a lie. I lie sometimes to spare someone’s feelings, and sometimes to get myself out of the natural consequences of my own foolishness and insensitivity. Sometimes remembering lies I have told will haunt me, making me shiver with revulsion. I’m then left to live with and live out the lies I tell.

Do I forgive myself with the justification that sometimes lies are “necessary” and doesn’t everybody lie? Somehow, that doesn’t feel right. Yet, don’t I need to forgive myself and let go?

I like to think of myself as intelligent. From an early age, I’ve exceeded at anything academically that had my interest. But my interests have lacked perseverance. I have always lacked discipline, and quit many worthy endeavors. I don’t get bored; I just get fascinated by something else. Consequently, I have lots of partial knowledge on a myriad of topics. My brain is full of a ridiculous amount of trivia, and just enough knowledge on many topics to be dangerous and opinionated. Worst of all, I have a long history of spewing my knowledge to impress people. When people are awestruck by my immense information bank, and they don’t see my enormous ego, I feel accepted and even admired. That’s a terrible place for me to be. Unfortunately, when I’m in that state, I begin exalting my opinions. I become insufferable. I chase people away from me.

A few years ago, I was serving in a small local church. The Pastor had some serious health issues and wanted to retire. Because I had demonstrated Biblical knowledge and an ability to teach and preach, he and the church were considering me to take his place. I was nervous. But after prayer and fasting, felt certain that was what I was supposed to do.

After about a year of preparation, the Pastor decided he couldn’t retire yet. He was convinced that I wasn’t really meant to be the Pastor of that church. It was hard for me to accept, but he not only told me that; I was asked to leave the church. Then someone in the church had instructed everyone in that small congregation of my dear friends I considered family not to communicate with me. The entire experience devastated me. Looking back, at least part of my pain was a kick in the pride. I needed that.

But I know me well enough that I quickly got involved in another church, and have tried to be humble there. I’m learning. It’s not easy. The relationships from that old church have mostly been restored. It hurt a lot but if I’d have let myself remain in lament and mourning, I would have suffocated. I had to get back up, learn from the pain, and move on… a changed man.

Masterful word command great! I want to read more of your work when I get the chance 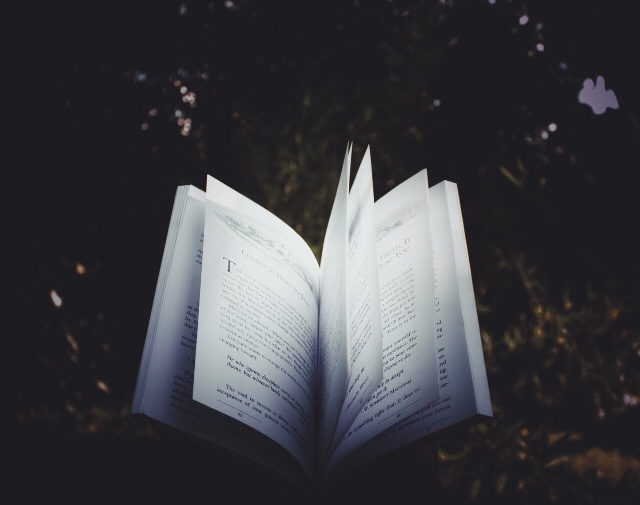 It isn’t once upon a time

But instead a daily routine

We look for magic beyond

It is hidden plainly

We seek the ever after

Made up of millions of tiny choices

Could never be mundane

Made up of to do lists

And errands and minutiae

We long for the fairytale

Blind to our existence in it

In all of the old stories:

Only created in the living of it

We seek all we have

Missing it in our grasp

Holding fast to the otherness

Losing faith in the ordinary

While the heart knows

The magic of our quiet truths

The fairytale of living and being alive – Caroline A. Slee

Can you quickly name the four types of government?

We think first of civil, or state government. That’s one; three remain.

You mention church government. Yes, that is right.

Someone mentions the family government. Yes, again, we are thinking alike.

One type of government is left.

If you are like I was, you may be drawing a blank. The remaining type of government is the most important. All the other spheres are malfunctioning because we have forgotten it.

The last type is self-government. Maybe we should list it first because it underlies the other three.

We have the governments of:

Each successive level of government depends on the level before it, or below it. Each can compensate for isolated but not widespread failure in prior levels.

Today we suffer from widespread failure in self-government, the forgotten form, yet policymakers, thought leaders, and… 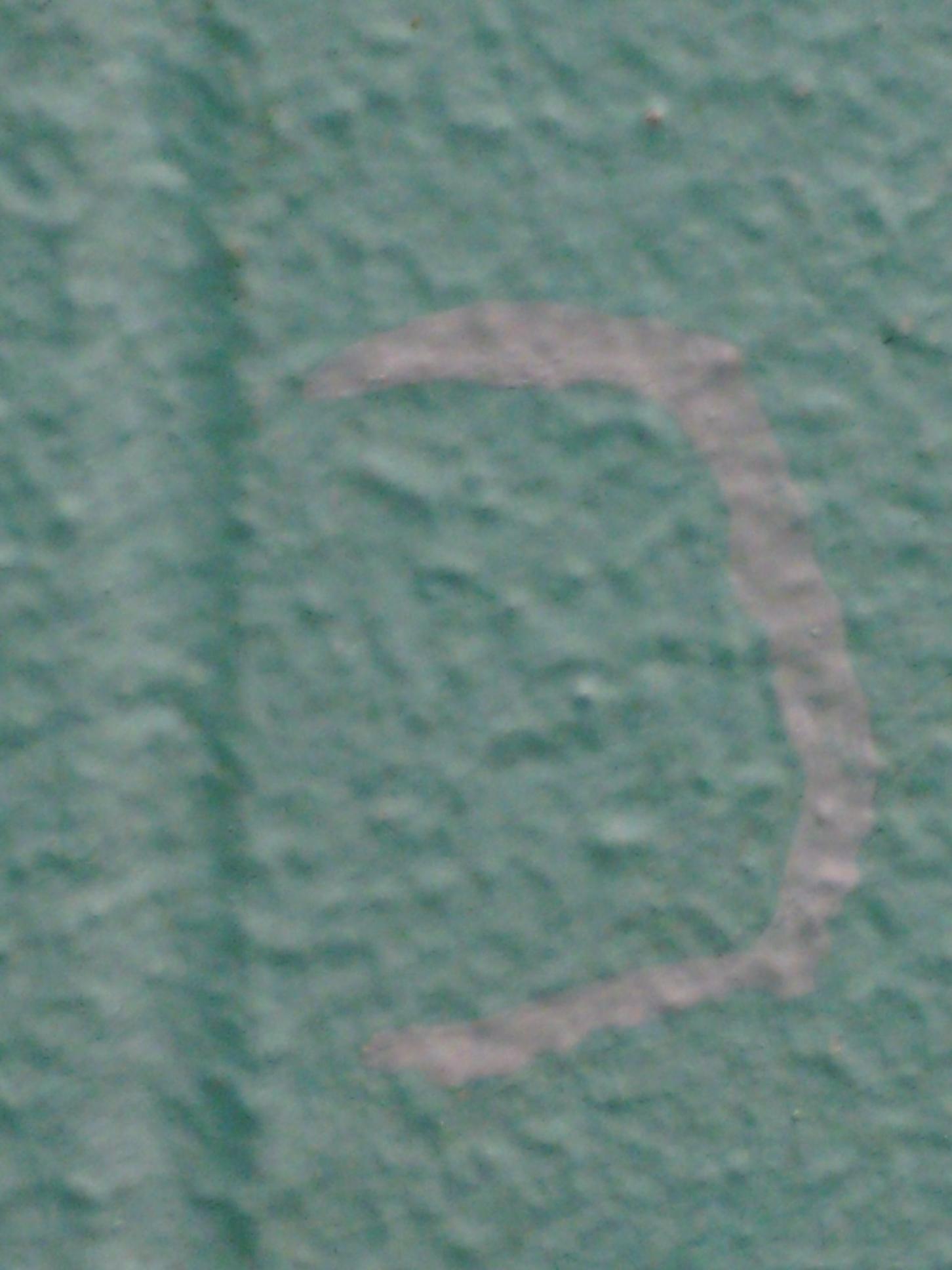